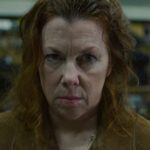 Thomas McCormack adds, “We are so excited at the upcoming premiere of the feature film “Rushed” written, produced and starring local resident, Siobhan Fallon Hogan.  Siobhan has been a longstanding member of the Resources Real Estate family as well as a supporter of the Carolynn Ozar Diakon Foundation.”

ComingSoon.net shares that Rushed is the story of Barbara O’Brien (Hogan), an Upstate NY, Irish Catholic mother who says her rosary daily, then swears profusely as she drives her kids to school. Barbara’s life is ruined when her son Jimmy (Jay Jay Warren), a college freshman, is involved in a fraternity hazing incident. Barbara resorts to extreme measures when she encounters empty promises in Washington, D.C.
Rushed will be in theaters in the US August 27th and streaming on Apple & Amazon on August 27th. Check for the Premiere in New York City and Red Bank, NJ on August 27th.
Create your own review
Resources Real Estate
Average rating:   0 reviews
Quick Search